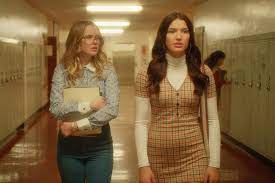 Season 1 of Firefly Lane was appreciated by many viewers as the storyline of the series was exceeding expectations. Tully Hart and Kate Mularkey, two best friends living their lives, getting in and out of trouble, that sound like a good adventure to me. But wait there is a twist, the story is divided into many parts as the story goes back to the ’70s where Tully and Kate’s early life struggles are shown. Both Kate and Tully are the total opposite of each other as one comes from a good background having a mom, dad, and an older brother to her back while the other one comes from a background where the mom is a junkie drug addict who forgets to clear the dues on bills, so there is always some kind of situation that pops up, well no one knew these two people built like south and north pole are going to be the only best friends they have for themselves. A story that involves everything from deep conversations to everyday hook-ups. There are too many characters trying to break into the show like Max Brody, Johnny Ryan, Travis, Mr. Waverly, etc. But the friendship of Tully and Kate remains strong no matter what, their friendship has its ups and downs but at the end of the day we see both of them sipping wine and talking about each other’s day. 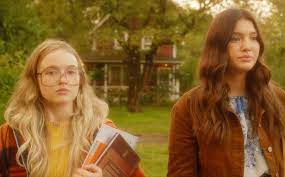 When will Season 2 come out?

Netflix announced season 2 of Firefly Lane on 27 May 2021, As Netflix recognizes potential growth of the particular genre, like images for yourself, you come home from your job tired, you order food, seat in your living room, what will your mood at the particular moment be like? If you don’t want to watch the action, you start your Netflix, and season 2 of Firefly Lane pops up, wouldn’t that be lovely? 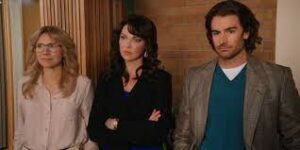 How can season 2 take turns?

After season one ends randomly when Tully randomly shows on Kate’s dad’s funeral after Tully and Kate have not been in contact for months. What do we expect in season 2 to happen? Many fans are giving their opinion on what should happen in the series, and many fans are worried about a particular character in the show named Johnny, this is a particularly complex character introduced in season 1 as the boss of Tully and Kate. Tully and Kate instantly fall in love with him. But looking at her best friend, Kate keeps her feelings to herself. After some time, Tully is promoted to some other place, that’s when Kate reveals her feeling to Johnny, and Johnny and Kate get married. That’s pretty much what happened with the character of Johnny for now, and in the finale episode of the show, it is shown that Johnny’s character travels to Iraq and gets in the middle of a bomb explosion, this is where the season ends. We can expect many theories about Tully and Johnny, Kate and Johnny but let’s see where the writers of the show want the storyline to go.