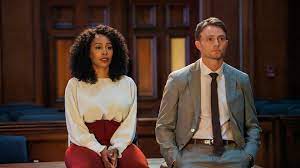 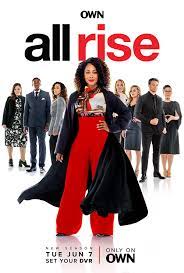 A Los Angeles-based Legal drama series that peaks into the clichéd life of Judges alongside others like public defenders, lawyers, prosecutors, bailiffs as well as cops working tirelessly to provide justice. A corrupt, flawed justice system is shown in the series as it addresses corruption around the globe. A new judge called Judge Lola Carmichael played by Simon Missick is appointed to the court, Lola Carmichael was a very capable deputy district attorney who is not the one to ignore the corruption and flaws system and enjoy the high pay, as soon as she becomes Judge, she starts questioning everything as a judge should, she starts pushing boundaries, the series is about consequences of Judge Lola’s good decisions. The series also contains Mark Callan played by Wilson Bethel, a very hard-working deputy district attorney.

The Series till now

What do people think about the Show?

All Rise as a series addresses issues like the corrupt judicial system and racism. The reviews of this series talk about the rich chemistry of the cast, and how the cast in itself is a chapter of the success of the series. The series was also appreciated 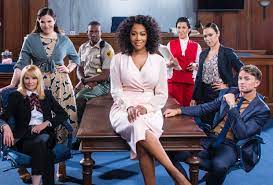 by fans for its good dialogue writing, as fans mentioned seeing all legal drama films and feelings, some things were missing from the other legal drama series. A fan of the series reviewed the show as follows,’ All Rise is a breath of fresh air, an engrossing drama, a dynamic and lovable ensemble cast, the best writing on TV, and the most enjoyable, uplifting, and informative program ever! All Rise has successfully put together a talented cast of diverse actors and has creatively addressed important current issues facing our judicial system today. Judge Carmichael, I do not believe you and other cast members could be as convincing, as just, as decent, or as likable on this tv series if you were not all of those things in real life.’ We can believe that fans of this series are expecting a new season as quickly as possible.

When can we expect season 4?

As on 10th August 2022, season 4 is not announced by the production but as season 3 ended up as a mid-season finale with the ‘Fire and Rain’ episode it is expected to be looking at a full new season or a season 3 part 2. We can expect release dates of season 4 from the production house this September of 2022. I’m excited to see Judge Lola in season 4, are you?