Gadgetsblog
HomeAnimeTrapped in a Dating Sim: The world of otome games is tough for mob Trapped in a Dating Sim: The world of otome games is tough for mob

Trapped in a Dating Sim: The world of otome games is tough for the mob is a Japanese-based light series novel. The novel is written by Yomu Mishima and illustrated by Monda.  The novel was said to be originally self-published on the platform Shotsetsuka ni Naro as a web novel. An anime television series was later adapted and aired from 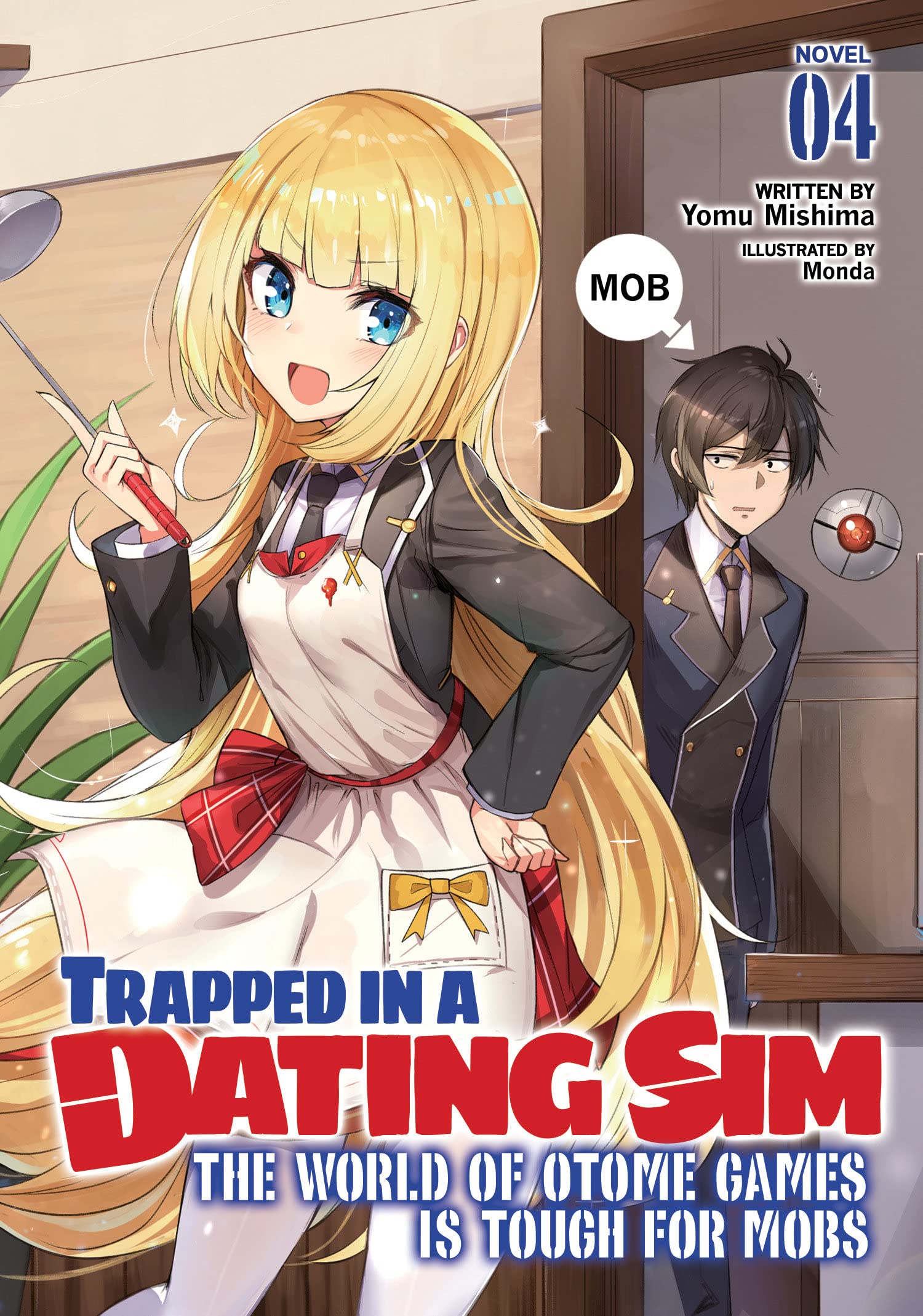 The story begins with the office worker Leon Fou Bartfort dying and then finds himself reincarnated in an Otome game that he was forced to play by his sister. After his death, he gets reincarnated into the Holfort Kingdom of the Otome game world. It is where women reign their supremacy, particularly tough for ‘mobs’, The plot revolves around Leon disrupting his world using his knowledge of the game from his past life, finding a cheat item Luxion and enrolling in the Holtfort Academy. He attempts to live a normal life but through his actions he gets embroiled in all kinds of schemes, all while mingling with the nobility and other characters of the otome game.

The main protagonist  Leon enjoys himself by showing arrogance in his abilities because he knows how this display of superiority damages his opponent’s confidence & pride, therefore he doesn’t waste an opportunity to crush his adversaries mentally. In spite of how he tries to stay out of trouble and not interfere with the story of the otome world, he would often drag himself to the center of these events for someone’s sake. When it came down to those he cares for (like Angelica and Olivia), he is even willing to risk his own life and always tries to think what’s best for them.

Meanwhile, Olivia, is, by all means, a modest girl who is very kind and gentle to people. She dislikes gambling. Notwithstanding her kindness and modesty, she lacks a consistent amount of self-confidence. This most likely stems from how she is a commoner who attends a school that is dominantly populated by nobles who mostly look down on her. Unlike the main storyline, Olivia is actually happily in love (with Leon); as in the game routes, she couldn’t refuse the advances of the captured characters out of societal standing. She and Angelica eventually get engaged to Leon.

The main villainess of the first otome game, whom Leon befriends is Angelica. She has blond hair with fierce red eyes. Thanks to Marie’s meddling, Angelica instead becomes the victim of what should have been Olivia’s story. Instead, she becomes best friends with Olivia and engaged to Leon. Trapped In A Dating Sim Episode 11 was the episode where a few episode-long build-ups came to an end. Leon starts straying away from Olivia and Angelica because of him not see himself as an equal to them was headed toward a somewhat predictable yet highly anticipated conclusion.

At the end of the day, however, the protagonist of the show we are watching is Leon. No matter how much he tries pretending to be a mob character hated by everyone, the changes the world has incurred are irreversible, and he has to deal with them as he has been doing all this time.