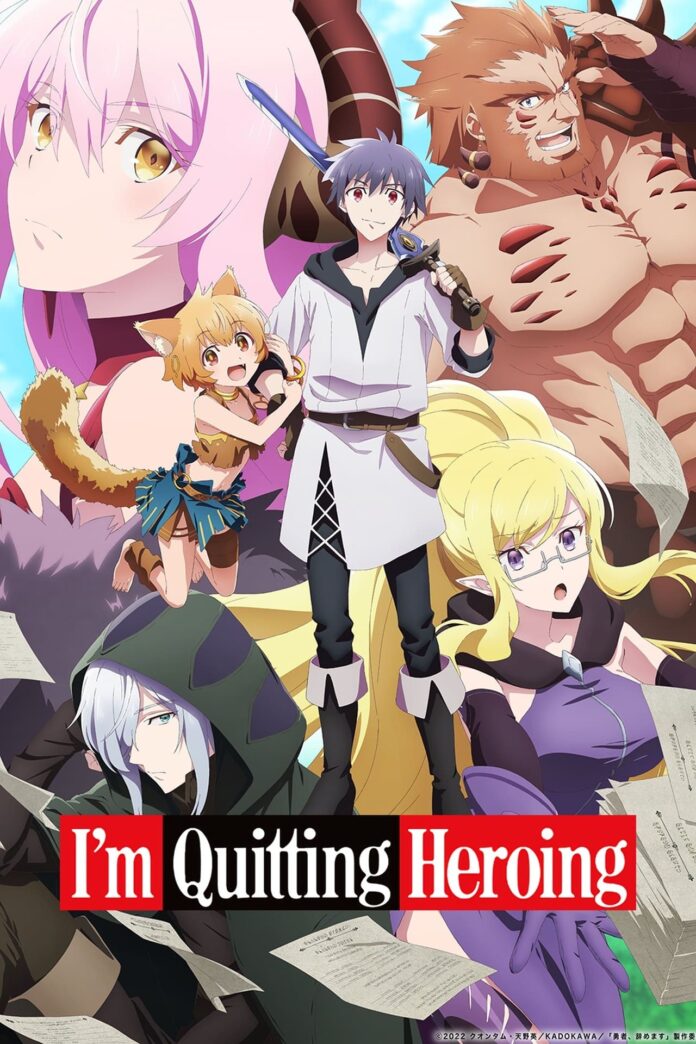 I’m quitting Heroing is a Japanese light novel series that is fantasy based. It was written by  Quantum and illustrated by Hana Amano. This series was serialized online from  January to February 2017 on Kadokawa’s user-generated novel publishing website Kakuyomu.  I’m quitting heroing was later adapted to animated series on screen. It aired from Apr 5, 2022, to Jun 21, 2022 It had 12 episodes and each episode lasted for 23 minutes. It broadcasted every Tuesday at 22:30 (JST) Japan Standard Time. The genres include action, adventure, and comedy. 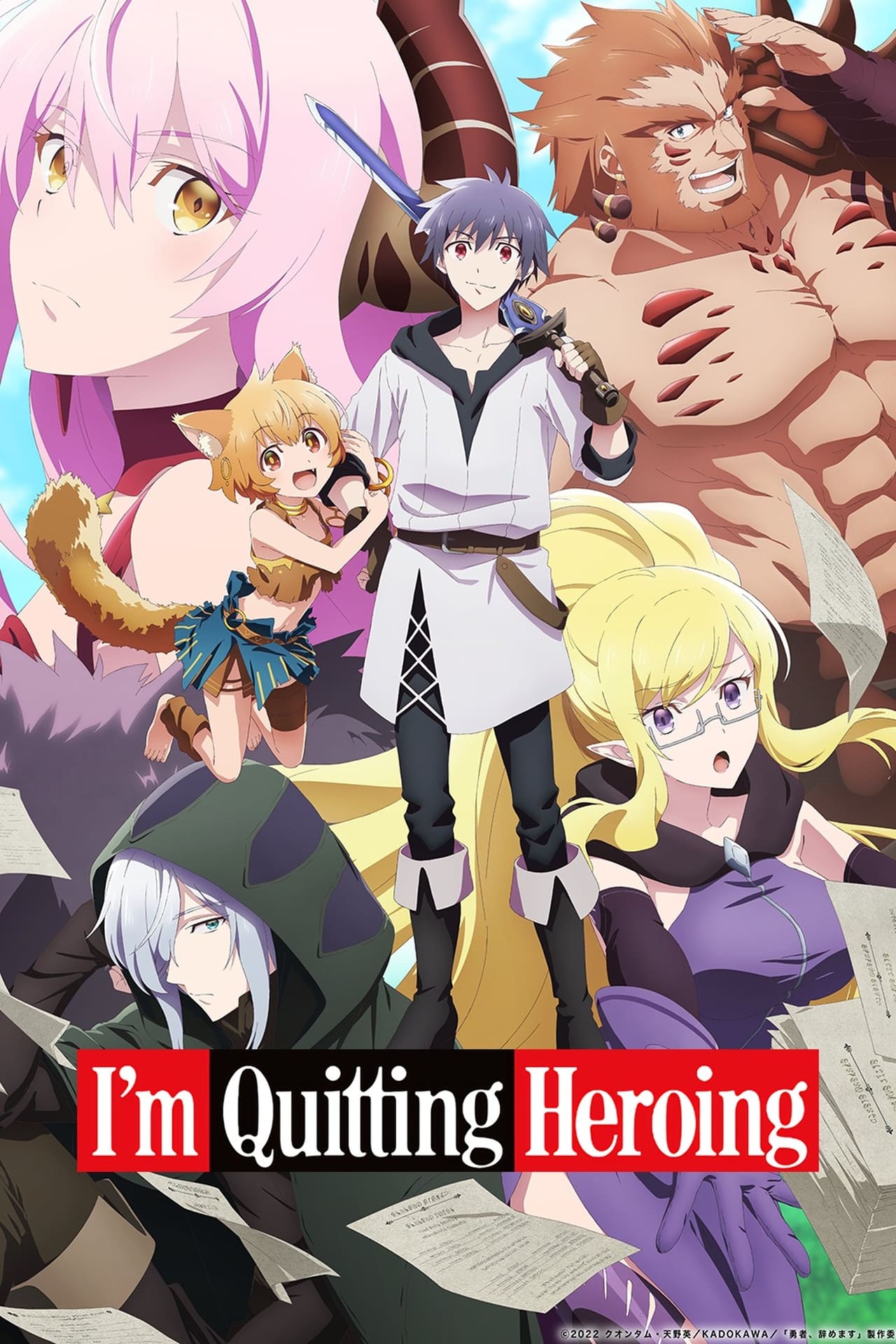 The series follows the story of a demon queen who invades the human province. The people then turn to the hero Leo Demonheart to protect them. Leo is blessed with insurmountable power, he agrees to help the people and he easily repels Echidna’s army, thereby saving the world. But instead of gratitude or admiration, Leo is met with disdain and scorn from his fellow humans, who fear his overwhelming strength and believe that it may eventually cause humanity’s demise.

Leo was banished from the kingdom he once called home, he then wanders aimlessly throughout the land until, one day, he hears rumors of Echidna’s efforts to rebuild her army. He keeps hoping that demon kind might accept him as an ally and he returns to the demon queen’s castle. Here she offers Echidna his help.

Naturally, Echidna immediately rejects his petition for help. Still, Leo does not lose all his hope he manages to convince Echidna’s four generals to let him secretly work under their supervision. Donning the identity of a masked dark knight named Onyx, Leo solves the demon army’s problems one by one—gradually improving the quality of life around the castle. Above all else, however, Leo wants to accomplish one goal: to learn why Echidna started the war in the first place.

Leo and Eibrad make an interesting pair in this episode. Leo’s goal was to protect humanity from extinction at the hands of gnarly demons. The fact remains that he did not choose it for himself. He was made to perform this task and this task alone. 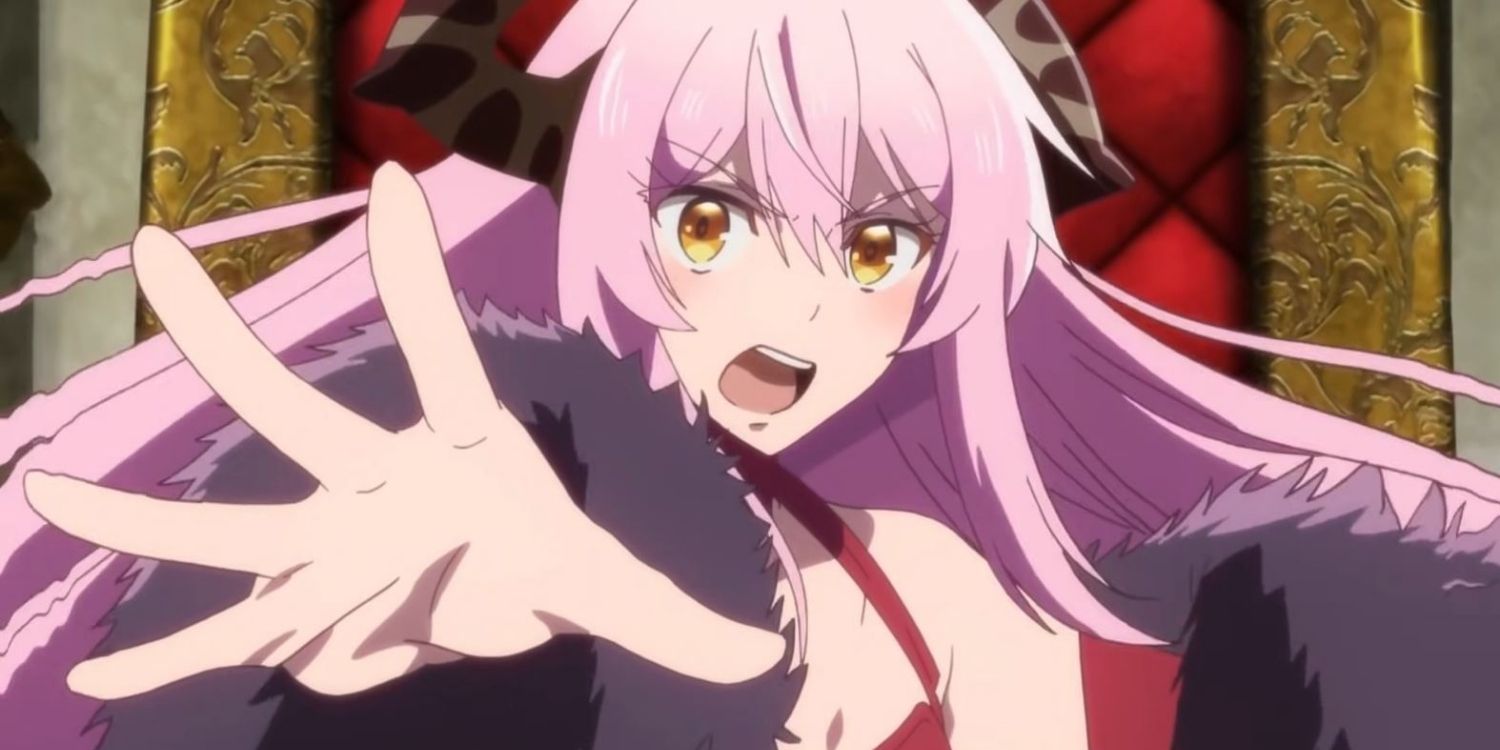 This episode’s general brooding was on what it means to be a living weapon which was quite fascinating to watch. What makes Eibrand’s discussion novel isn’t so much the particular points he makes, but rather the general sense of melancholy that surrounds it. He truly feels heartbroken at the idea of a future Leo just kind of wasting away, sitting on the shelf and gathering dust, never experiencing the full life he could have.

It’s a slow episode that’s mostly just two characters talking, but there are a few nice visual touches to round it out as well. In the final transition sequence when Leo was overlooking the city then they shifted to his present self in the demon fortress. It was an emotional episode reflecting on the nature of the goal. It was nothing earth-shattering per se, but a thoughtful conversation that once again showed some of the hidden depths this show contains.