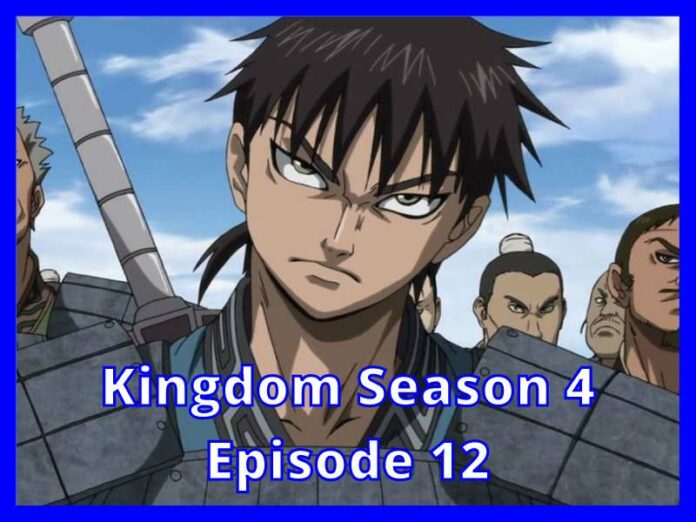 Recently, Kingdom’s fourth season has given us some excellent episodes. Let’s discuss Kingdom season 4 episode 12 now that episode 11 of the show has concluded. Every episode features a new development in the conflict between the troops of the Fire Dragon and the Qin.

In practically every episode, there is always some sort of storyline twist. The fire dragons have returned, and the conflict is turning violent with each new episode. Earl Shi, on the other hand, is on the rampage, killing off anybody who comes within his line of sight. Every week, shows are growing better and better for viewers.

Season 4 appeared to be another success for the show’s creators as it continued the plot after the Big Coalition War. As previously said, the fourth season is also anticipated to include more than twenty episodes, which means the fans are in for a real treat.

You’re going to need to recall the previous episode since there are so many things happening at once. If you can’t, don’t worry; I’ll tell you what happened before when the next episode will air, and where you can watch it.

Earl Shi rides into the scene on his horse and promptly dispatches every foe in his path. Someone suddenly shows up and declares that he admires Earl Shi for his spear skills. It is discovered that this individual is Gyoku Hou Force captain Ou Hon.

Ou Hon is prepared to face the famed spear-bearer fighter again after a nearly fatal duel with Earl Shi a few episodes ago. Ou Hon promises to defeat Earl Shi this time.

Earl Shi and Ou Hon engage in combat. They both begin to assault one another. Ou Hon’s previous wounds begin to enlarge as he uses his spear. Earl Shi violently assaults Ou Hon, who has some facial injuries.

Even though Ou Hon’s eyes have adapted to Earl Shi’s speed, he is aware that he is still unable to keep up with him. Additionally, Ou Hon deduces that the spears used by him and Earl Shi are distinct and have a significant impact on their conflict.

Another blow is delivered to Ou Hon by Earl Shi. When Kan Jou sees this scene, a reminiscence of the previous evening comes to mind. He had previously indicated that as long as Earl Shi is standing, they won’t be able to accomplish much. 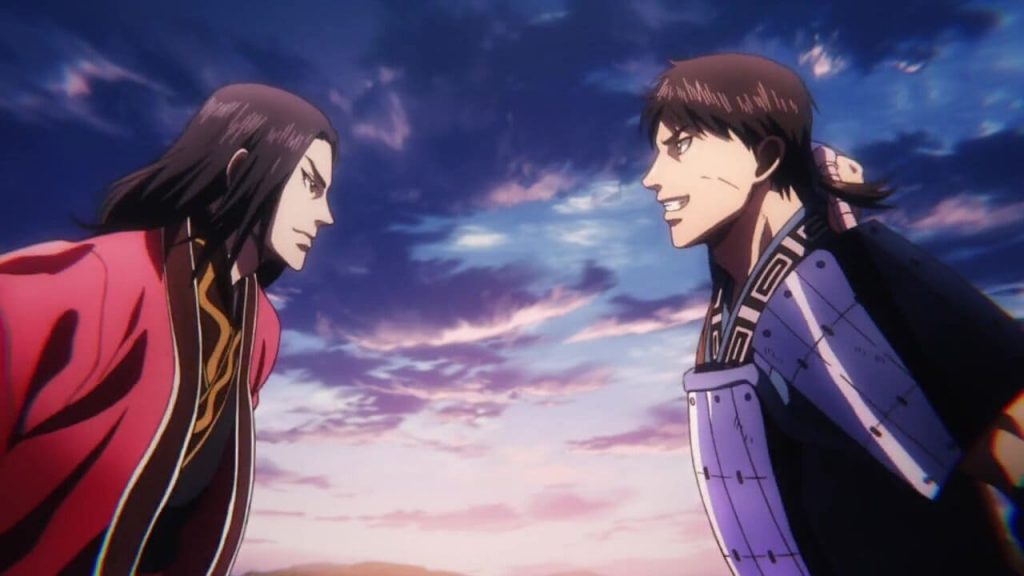 They have no choice but to request General Tou halt the simultaneous triple strike for a while so they can regroup. He claims that this is the only practical choice since, if the army suffers significant losses, Ou Hon will be held responsible. Kan Jou’s suggestion is ignored by Ou Hon, who then leaves.

The fate of Earl Shi

On the battlefield, Ou Hon is hurt as Earl Shi’s spear pierces his armor. Lord Hon still won’t pull back his troops. Earl Shi is then attacked by Hon, who succeeds in cutting a little portion of his arm. Earl Shi is then repelled, and he slashes his face.

Ban You can still picture a young Ou Hon admiring a spear for the first time. Hon understands that Earl Shi has lost all motivation to survive because he has never guarded any of his essential body parts.

While taking considerable damage from Earl Shi, Lord Hon continues to advance and succeeds in severing his heart with his spear. The focus then shifts to Shin, who has still engaged in combat with Gai Mou the fire dragon.

Near the end of the episode, the opposing forces encircle Shin and his troops. Shin and Lord Hon are in a race against time as Hon is on the way.