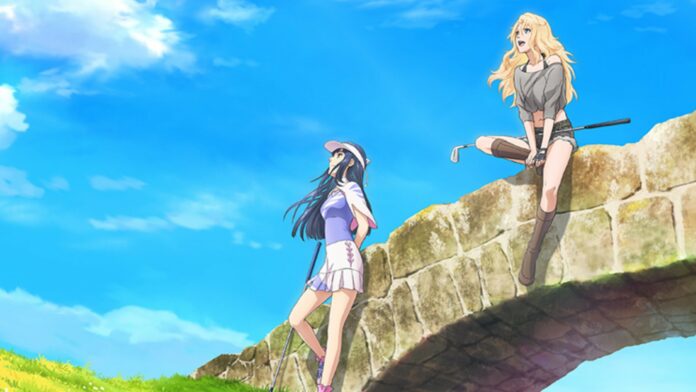 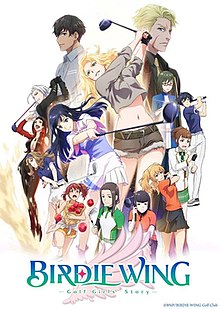 Birdie wing- Golf girl’s story aired from 6 April 2022 to 29 June 2022. This animated series is a Japanese original about golf produced by Bandai Namco picture. Birdie wing is directed by Takayuki inagki. Sources have found that a second season will premiere soon. The genre of anime is sports.

The main characters are Eve who is a golf player with bullying habits. Eve makes money from underground golf games. She is a strong player ad can easily defeat her opponents. The next main character is Aoi Amawashi who is the Daughter of the Amawashi Group’s CEO, she is a skilled golf player who is part of the golf club at Raiho Girls’ Academy. It is said that her smile can grind her opponents to defeat. This sports-related anime follows the story of two golf players named Eve and Aoi. They both come from different backgrounds and have opposite play styles, and with their sportive skills win the world.

Let’s just do a short recap on episode 10 of Birdie Wing. This episode sews up Eve’s minigolf challenge.  With a curfew and a school, uniform Eve manages to pull it through. Eve is to play opposite her rival who flew around the world. To make matters even worse Aoi has joined and is playing coy with her. When Aoi rejects her offer to have a golf match and the head of the school’s golf club refuses to allow her to join, Eve becomes infuriated.

Eve spends her days seducing and scaring her new classmates.

This anime is based on a girls’ golf story and coming back to the game Eve faces off against two veterans, Kuyo and Kaoruko, from a competing academy this week. Coach Amuro makes  Eve realize she needs the assistance of Ichina. Eve in real-time has to decide whether she needs to take the advice of her coach. Part of what makes Eve such a fun character is her stubbornness, but Ichina has plenty of vim and vigor herself.  The girl-on-girl action remains on throughout the season. In one scene, Ichina attempts to give Eve some advice on where she can stay for the night but is abruptly interrupted when Eve walks off to befriend two strangers. Eve only begins to take notice of Ichina when she insists that by allowing her to help, she’ll be able to beat Aoi. Sadly, this episode reveals that Eve is only able to build relationships when she views someone to be worthy of her attention or can get something in return for her time.

Eve refuses to listen to Ichina’s protest when she tells eve that kuyo has set a trap for her by creating a divot near the hole to lead. However, later she realizes that she may not always know the game as she thinks she does and understands kuyo’s protest. Kuyo articulates her knowledge of her golfing partner well enough that helps her understand how a caddie can be instrumental to a golfer’s success.