Gadgetsblog
HomeEntertainmentLet Me Solo Her, Solely Creates a Record, by Beating Melania Over 400 Times Let Me Solo Her, Solely Creates a Record, by Beating Melania Over 400 Times

Video game players and virtual world players are being admired in today’s world, just like movie stars and celebrities. If you are a video game enthusiastic person then you would be familiar with this. But for nonvideo game players, it might rather be considered a shock. People who love playing video games spend most of their time following and habituating the strategies of such admired players.

After gaining victories and winning in a few levels, such players become famous to a great extent.

This game on the internet has become prominent recently. The game is named Elden Ring which has become very well known today. Elden Ring is a 2022 video game which is developed by a very known company, From software.

One such tough one which was developed recently was called the Melania boss fight of Elden Ring. This is the toughest part to crack. It is usually a single-player game but it also has the facility to be played with more players.

There is a summon sign item which can be used for inviting other volunteer players into the dungeon or boss fight, till the goal is accomplished, which is defeating the boss. It is also said that it is one of the toughest games developed by From software.

HOW LET ME SOLE HER, GOT SO PROMINENT?

On April 11, 2022, players started flushing videos of letting me sole you all over the internet. This was because let me solo her helped all the other players to defeat the boss.

Its been seen how a naked man who just wears a helmet becomes very popular, all over the gaming world. The name itself suggests that the sole meaning solely and her meaning is the boss or the villain of the game. It is also seen how he defeats the enemy that his boss with minimal injuries. 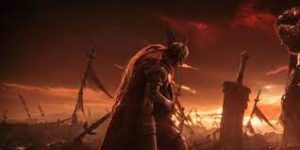 He quickly rose as a legend in the gaming community. Melania is considered to be the hardest one to defeat. But let me sole her defeats her after various attempts. Let me solo her ‘s summon sign was behind the boss Melania’s room. As soon as he enters the room he solely defeats the boss.

This one was the toughest to defeat, however after various attempts and forming of various strategies, Let me sole her somehow achieves the goal. And just like that, a naked man with a jar helmet becomes popular in the gaming world. Let me sole her fell in love with Soul games after playing a game named Dark Souls three. He has also been an avid PVP player in other FromSoftware games. He also completed all the sidequests on New Game Plus.

Let me sole she has made 242 attempts to defeat the boss. He says that he fell in love with the way Melania was designed and all her attacks were very graceful and fluent .

She was an unforgiven boss. Her toughest move was the waterfowl dance that FromSoftware had designed. But all this motivated him that it is not impossible to defeat that. He was so much into that thing, and he finally achieved the target not just one time but four times. He doesn’t use any armor, he is just a naked man with a jar helmet. He makes use of the least instruments and defeats the boss.

All this suggests that initially Let me know her had no wicked intentions of murdering the boss, but later he was impressed by the style and moves of the boss that is Melania. He feels that nothing is impossible to achieve, and so he tried his best to defeat her. He also intends to help his other summons and motivates them which is impossible to achieve.

Let me know she has set an example that boss Melania could be defeated, though the struggle was required to do so. It was his 242 attempts that defeated the boss. Also to achieve this task he took the help of his two summons.

His current loadout is Rivers of blood plus nine and a cold Uchigatana plus  25 with Hoarfrost Stomp. Additionally, he also uses the Green Turtle, Viridian Amber Medallion, Kindred of Rot’s Exultation, and Claw Talisman.

Though particularly there was no dress code or something. But you guys know why let me sole her wore a pot on his head? The reason was he wore that as a tribute to Iron Fist Alexander .

He was the character he admired the most. He had his theory of being naked and that was about an existing Soulsborne meme, which suggests that naked players are the strongest. All these were his theories for such dressing and he felt quite strong in that. We can say that this also helped him in achieving victory to some point. 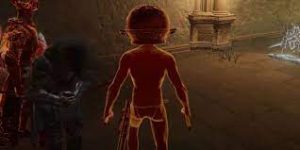 So he also faced quite faced difficulty in gaining victory. And nothing comes without hard work, so he did his best to achieve the goal he obliged for. From the interview, we can say, how he lagged the timings and how difficult the moves were. But later it is found how he defeats the target not just a single time but 400 times, and also helps his other summons.

We can how deadly difficult it was, to defeat the demon that is the boss. But somehow let us sole her did it. It explains success comes with struggle.

Slowly and steadily let me sole her understood all the moves and strategies and then finally gains the victory. It also suggests that we should give our best try and hopes should always be enlightened. Success will surely be achieved if we are focused.