Young Tik Tok sensational, Addison Rae has been in the news often for her viral Tik Tok and Youtube videos, her bold feat in Award functions as well as for her close friendship with Celebrity … 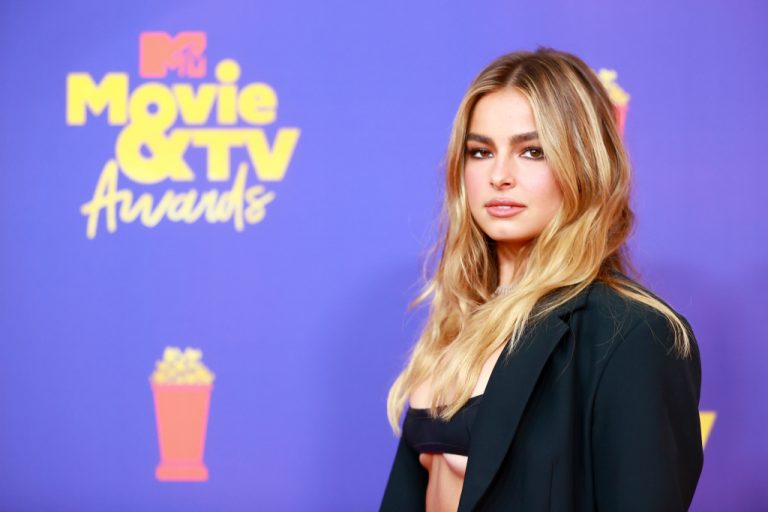 Young Tik Tok sensational, Addison Rae has been in the news often for her viral Tik Tok and Youtube videos, her bold feat in Award functions as well as for her close friendship with Celebrity Kourtney Kardashian. The 20-year-old is a popular actress, dancer, and singer. She one of the most famous Tik Tokers. But how did she achieve so much at such a young age? Let’s learn more about Rae.

Ray Easterling was born on October  6, 2000, to parents Sheri Easterling and Monty Lopez. Born and brought up in Lafayette, Lousiana, She has two younger brothers, Lucas  Lopez and Enzo Lopez. They might not have had a very good childhood as their parents got divorced when Addison was young and then they were on and off throughout her childhood. Both her mother and father are popular on Tik Tok with millions of followers and they remarried in 2017.

She was always interested in dancing and had participated in various competitions right from the age of 6. She did her schooling at Calvary Baptist Academy in Shreveport, Louisiana. Addison did a course in Sports Broadcasting briefly at Louisiana State University but then dropped out and moved to Los Angeles to focus on her Tik Tok when there was a sudden rise in her Tik Tok followers.

Addison Rae initially started by posting dance videos mostly on trending songs after joining Tik Tok in July 2019. However, she gained immense popularity only after she joined a collective group of creative Tik Tokers called The Hype House in December 2019. It is also a mansion where she lived with them for a while. She quickly got more than a million followers and that’s when she left college. She has a strong presence on Youtube with 4.78 million subscribers and Instagram with 38.1 million followers as well.

With more than 78 million followers on TikTok, is the second artist with the most number of followers, the first being Charli D’Amelio. She has become a famous social media influencer and content creator and her instant success got her signed up with a talent agency WME in January 2020 along with her parents. In an interview, She said that she wants to explore more opportunities and not just limit herself to being a content creator.

During the pandemic in July, She did partnerships with American Eagle for its AExME Back to School ’20 ad campaigns which were shot in Addison’s bedroom through the virtual photoshoot. Subsequently, She introduced a podcast with her mon called ‘Mom Knows Best’ exclusively on Spotify. They discussed everything about her life and career in the podcast series. She opened up her wings even further and launched a beauty cosmetics line of her own called ‘Item Beauty’ in co-foundation with beauty startup ‘Made by Collective’. She is the Chief Innovation Officer and her job is to oversee most of the items in the brand.

And even before she could realize it, She grew to be more than just a social media personality by engaging in all sorts of other projects. the 20 years old is set to mark her debut in Hollywood with the film ‘He’s All That”, a remake of the 1999 film ‘She’s All That’. Not only that but she is also trying to set her foot in the music industry with her Single named ‘ Obsessed’.

Rae’s high number of followers on Tik Tok makes her earn a lot just from her videos as she gets more than a million views on her videos. Undoubtedly, Addison’s Youtube videos also garner considerable income through monetized ads. According to sources, she earns something between $5,00 to $80,600 per month.

.Not to forget,  Rae’s own makeup line called Item Beauty, and brand endorsements are a good source of income for her. She works for brands like L’Oreal, Reebok, Fashion Nova, Uptown, Chantilly Boutique, and McCary’s Jewelers.

Addison Rae was rumored to be dating Bryce Hall. Although they never admitted to it publically until October 2020 when they finally made their relationship official through social media posts. But sadly for her fans, they split up in April 2021. She admitted in an interview that keeping their relationship public pressurized them in many ways so it would be better in the future to keep things private.

She has also been paired up with her ‘He’s All That co-star, Tanner Buchanan after they both shared a kiss on stage at the MTV Movie and TV Awards. However, she confirmed in a Youtube video with Hailey Beiber ‘Who Is In The Bathroom?’ that she is currently single. Interestingly, She does clearly hint in the same video about her interest to get married probably by next year when she will be 21 years old. But it is still unclear who the groom might be.

Apart from her boyfriends, she has dated, She has quite a high-profile circle of friends including her BFF, Kourtney Kardashian. They are often seen hanging out together and their Instagram accounts are flooded with their pictures. She became close to the Kardashian after she was invited once to surprise Kourtney’s son Mason Disick. Since then Addison is frequently seen at various Kardashian-Jenner events.

She stirred notable controversy upon her appearance in The Tonight Show Starring Jimmy Fallon in March 2021. Apparently, she taught Fallon a few parts of Tik Tok dance routines. But they faced a lot of backlashes as they failed to give proper credits to many of the black creators of those dances even after NCB’s numerous attempts to give credits to the creators in the description box under the video on Youtube. On April 6, Jimmy Fallon virtually interviewed all of them as a proper apology.

Why Addison Rae is famous?

Why is Addison Rae famous? Addison blew up on TikTok back in 2019 after she posted videos of her dancing with her mom, Sheri. She signed to the talent agency, WME in January of 2020 and eight months later became the second most followed user on the app with 54 million followers.

Is Addison Rae going to college?

Addison Rae might be a hot topic, but it might surprise many of her fans to learn that she never graduated from college, although she did enroll in Louisiana State University after graduating from high school.

Addison Rae has taken to Twitter to reassure fans that despite her relative quietness on TikTok, she hasn’t quite the social media platform.
Read more articles:

‘Flash Season 7’ is presumably the last season for the Flash Franchise!!! Get all the details regarding the release date, plot details, and cast members for the upcoming season!!!

Did you like this article? Was it useful? Let us know in the comments!

Brandon Walker: Who is? Where is He Now? All the History, Girlfriends, Secret Relationships