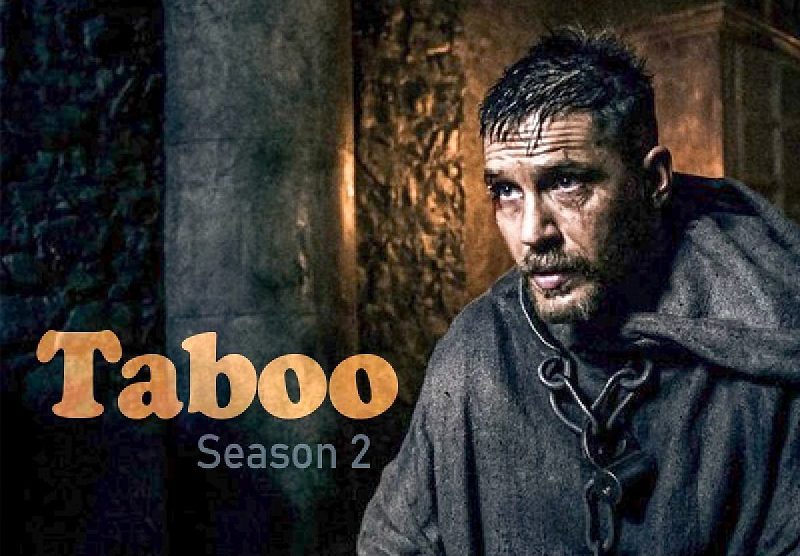 Taboo series was created by Steven Knight, Tom Hardy, and Chips Hardy, and this story was written by Steven Knight and this series was directed by Kristoffer Nyholm, Anders Engstrom, and Tom Hardy. The music was composed by Max Richter. The series totally contains 8 episodes. It has released on BBC one with 1080i (16:9) HDTV pictures. Taboo season one has been released in January 2017 in the UK, on FX in the United States. The Taboo Season 2 was announced in March 2017. Kristoffer Nyholm and Anders Engström each directed has taken four episodes of the first series.

The rating of the Taboo series per episode is increased to 5.8 million viewers. Also, receives favorable reviews from the audience and with critics praising Hardy’s performance, the aesthetic. This series is now streaming in Amazon prime videos.

Steve Knight is one of the most famous directors in the industry and being the creator of shows like Peaky Blinders and See, he is a well-renowned director. And Taboo is one of his most ambitious works too. Created for BBC, the show premiered in January 2017. Taboo gained high viewers count during and after the show. The show received positive reactions from both critics and viewers. Mainly, Tom Hardy’s performance, the pacing, and the aesthetic received huge praise. 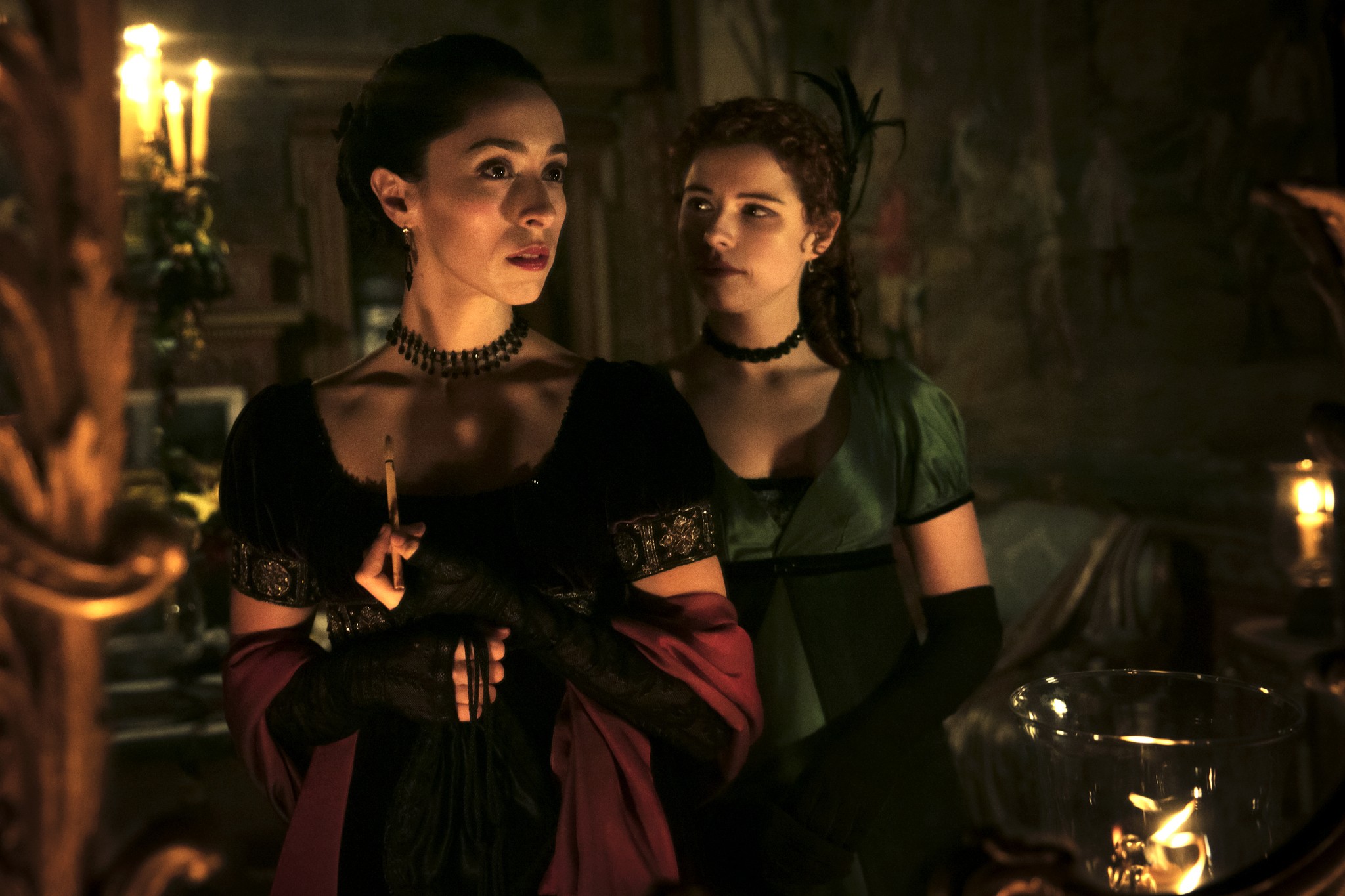 The first season is ended in February 2017. The reports suggested that filming would begin sometime in 2018/2019. But, because of various reasons, due to the pandemic situation, it didn’t happen. And due to the lack of official rumors began circulating of the show’s cancellation.

Steve Knight recently confirmed that work on season two’s script has been closed to completion also the production would begin as soon as the scheduling works out. Though considering the current situation, it seems like production won’t start anytime soon, we expect 2022 for the release date of the second season.

Even though we don’t have any official news for the season two release, the series creator has given some hints. According to the creators, series two will take place in America, and narcotics will play a more significant role in the series. Tom Hardy has suggested that the next season we may know James’ true heritage. Also, the second season will deliver the flashback of James. The upcoming season will see the political tension between the U.S and Britain. And, viewers will also learn how that affects James’ plans. If there is a second season we expect the show to answer many of its unanswered questions from the viewers’ point of you.

The series creator has said that Taboo would be a three-season series. Even we can expect the third season after Taboo Season 2 to come out. The actor is coming back for Taboo Season 2. After many delays and many rumors, the BBC show is finally coming back. Though Taboo Season 2 was announced straight away in March 2017, there are not many details about when the BBC One/FX series might return. At the same time due to the pandemic situation shoot cannot be taken. 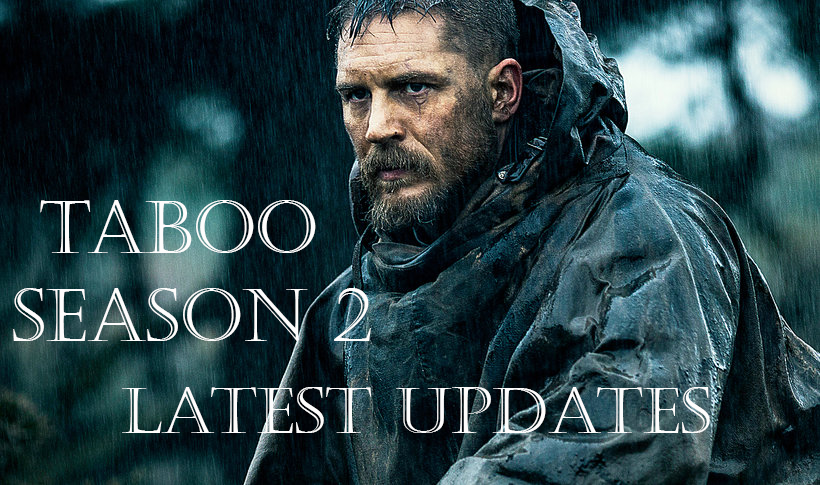 This was happening in the nineteenth century, Taboo follows James. The story tells that around the dark politics of Briana the country starts on the path of colonialism. The story also says that the mystery surrounding James and his plans. Taboo is based on the dark side of London during the nineteenth century, it is really appealing for the audience. Because shows set in old backdrops are much liked by the audience.

Knight also confirms that the show was planned for 3 seasons. Even if the seasons are slow to release, we can expect a season 3 in the future also. Tom Hardy also gives away curious hints about Taboo Season 2. That Taboo Season 2 will be taken in America. Due to the COVID-19  pandemic, the second season might not come this year either the shooting may probably going to push back.

Knight reveals that “The first was ‘the escape’, the second will be ‘the journey’, and the third will be ‘the arrival’. The only thing that is confirmed is season3 of the show Steven knight, the writer of Taboo has a clear idea of 3 acts structured in his mind.

There is not much information available about Taboo Season 2, Exactly we do know that it will be running for 8 episodes in total. The return of Taboo also depends on when and for how long till  Tom Hardy, will be available. He had been shooting for the sequel to Venom before coronavirus shut down production across the world.

“In my mind, explosive stuff is going to happen, which will be great,”

He has also suggested that the show will bring out more drug-based stories for the next season. It’s unclear when Hardy’s schedule will be available or when production to be normal. The Taboo Season 2 will be continuing from where the last episode left off. In the end, James and his friends were sailing somewhere   It will be answered in the new season. The Taboo Season 2 will focus on the reason behind James’s tattoo and why he is fighting against the  East India Company.

Taboo series receives an award and gets nominated for the best:

However, the director, producers, and Tom Hardy himself are very passionate about the show and are trying their best to get back on as soon as possible. Let’s keep our fingers crossed, Tom Hardy will return soon.

In a Long-awaited second season of Tom Hardy‘s drama, FX entertainment president Eric Schrier has confirmed that talks are ongoing about a Taboo Season 2, but that its return on working around Hardy’s busy schedule. Taboo Season 2 releases but waiting for some official update is a better option. Even there is no official list of a cast member in the production team. Fans all have admired James’ tattoo. So, we are getting the vibes that you guys might get these answers by the next season.