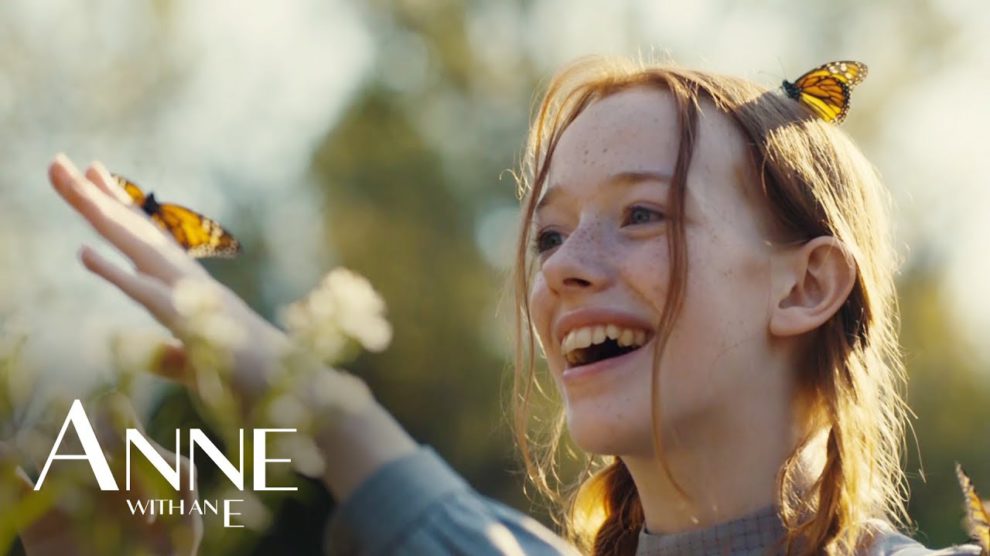 Fans mourn as Season 4 of popular Canadian series, Anne With An E, an adaptation of Lucy Maud Montgomery’s 1908 young-adult classic- Anne of Green Gables, gets cancelled. While some hoped, another streaming service would take up the show for a renewal, others were determined to get Anne With An E Season 4.

The internet was flooded with hashtag campaigns and petitions, but all in no avail. But why was  Anne With An E Season 4 cancelled? Is it due to the lack of audience or had some other factors played a part?

The show, throughout its three-season run, collected quite a loyal fanbase including some big Hollywood celebrity names.

Created by Moira Walley-Beckett, starring Amybeth McNulty in the role of Anne Shirley, the series centres around an orphan girl’s journey from her early teenage years to near adulthood. Set in the late 1890s, the drama follows our protagonist, Anne as she tries to fight her way in the world hoping for love and acceptance, having come from an abusive background. It is conceptualised as a coming-of-age story and not fearing to speak out one’s mind. 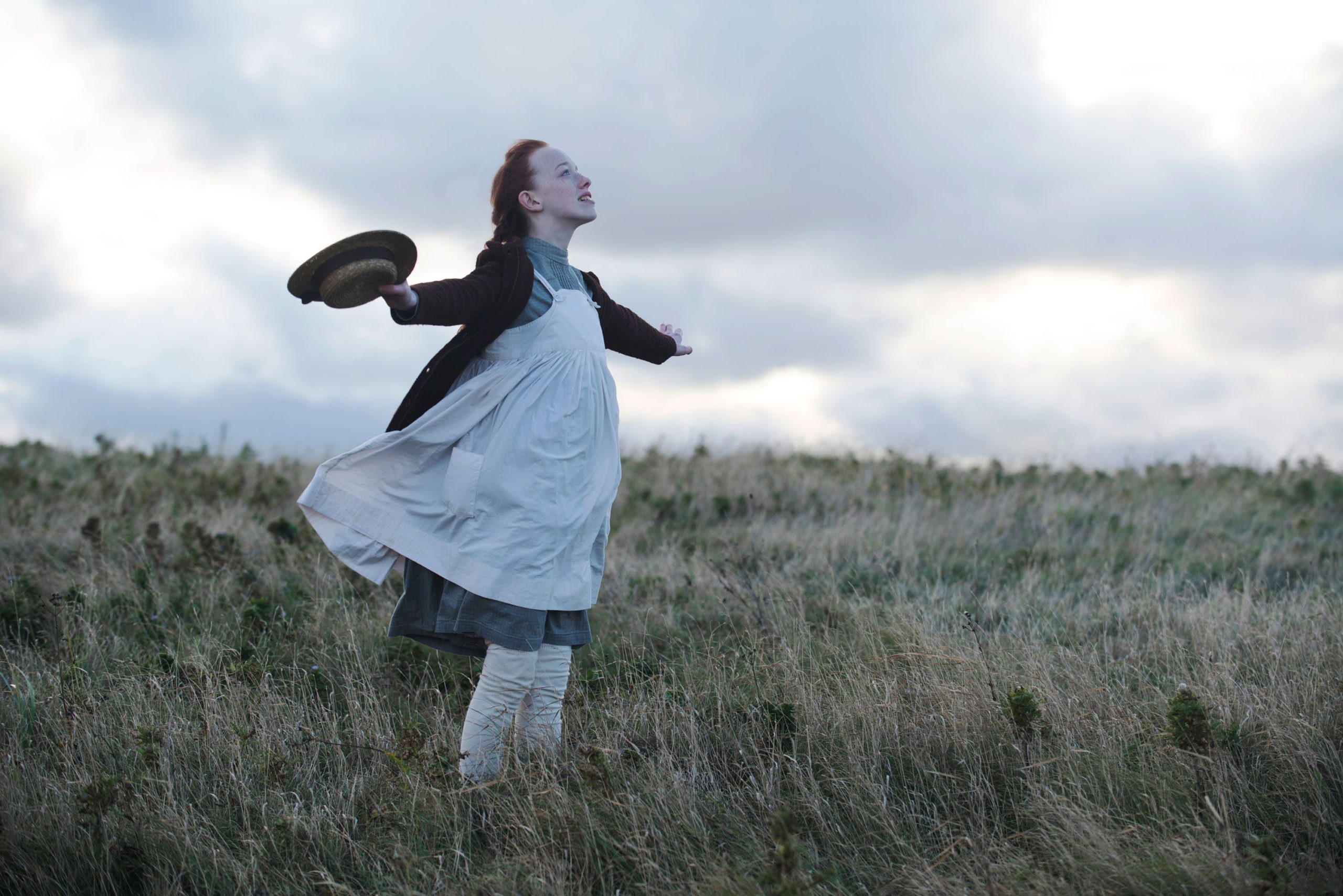 With time, this 13-year-old girl changes and influences lives of those living in the small town of Green Gables with her admirable intellect and high-spirited nature. She faces various challenges and is subjected to distrust, prejudice and bullying but by the end of the first season, she manages to find a place in the family and continues to go on with her life trying to overcome obstacles and win a place in the heart of the others in Avonlea.

Season 2 is all about knowing to trust one’s instincts, new bonds being made, love and loss.

The major storyline here was all about saving Miss Stacy from the wrath of the entire town, as she was a young single teacher being accused based on her ‘unorthodox’ teaching methods and ‘questionable character’. Unlike Season 1, this season ends on a much merrier tone, with Anne and Gilbert keeping aside their differences and bonding. This ending was neat and satisfying, without leaving any loose threads.

what made Prince Harry and Meghan Set to return Homeland? Check out:

Season 3 is mainly about sixteen-year-old Anne, being driven by a strong desire to find her biological parents.

But her quest to find out about the history of her birth doesn’t seem as comfortable as expected as Matthew and Maple face a hard time wrapping their heads around the thought of Anne leaving Green Gables.

In the final moments of this season, Anne finally learns about her birth history and the series ends with her explaining whatever she learnt about her parents, to Gilbert, over a letter. Fans hoped to see the chemistry of Anne and Gilbert in Anne With An E Season 4.

Gilbert breaks off his engagement and writes Anne a note declaring his feeling of love for her. “I don’t expect your good favour, but I can’t in good conscience not reveal myself. I’m not engaged, nor will I be, unless it’s you, Anne. My Anne with an E. It has always been, and always will be you. With love, Gilbert.”

When Anne sees the note, even before reading it, assuming it’s bad news, she tears it up. She thinks Gilbert has rejected her and now, more than ever is set on her decision to go to college. On the other hand, Diana’s mother isn’t ready to let her go to college, thus Marilla tries her best to convince her.

The season ended with Gilbert and Anne getting together as all misunderstandings are cleared. She and Diana decide to go to college where they plan to become roommates.

Anne and Gilbert agree on becoming pen pals and Miss Stacey helps Gilbert get into the University of Toronto.

Although the series ends on a comforting note with Anne telling Diana,” If I could write the perfect ending to this chapter of our lives, it would be this!”, fans all over the world are frustrated and taking to social media, appealing for Anne With An E Season 4.

CHECK OUT: Rosie O’ Donnell weighs in on Ellen DeGeneres

IS ANNE WITH AN E SEASON 4 GOING TO BE RELEASED? WHAT ABOUT RENEWAL OF THE SHOW?

Initially, when the show was cancelled, no official reason was known. It was naturally assumed that Anne With An E Season 4 had been cancelled because of the lack of a huge fanbase. But turns out, the relationship between CBC and Netflix had soured over time. So, was that the reason behind the abrupt ending to a lovely show?

Diehard fans of the show just wouldn’t give up or make peace with the show being over. #RenewAnneWithAnE started trending on Twitter shortly after the news came out. Even a petition was made to renew the show, which received about 72,000 signatures. Even big celebrities like Ryan Reynolds and Sam Smith were seen joining in this social media fight. Anne With An E Season 4 renewal campaign ended with 1.5 million signatures.

But nothing seemed to work. In October of 2019, the CBC officially cut off all ties with Netflix. According to the CEO of CBC, producing shows for the streaming service was injuring the domestic film industry of Canada. As reported by Huffington Post Canada, she even went on the compare Netflix to the British empire and imperialism.

Later, even a joint statement from CBC and Netflix was released thanking the producers, cast and crew and hoping the final season of the show will be well accepted among fans.

After the public release of these final statements from the show’s producers, it seemed like how huge the fanbase was had nothing to do with the cancellation of Anne With An E Season 4. This heartbreaking news reached the fans of the show as soon as season 3 dropped on Netflix.

Therefore, there is no chance of  Anne With An E Season 4, nor is there any chance that the show might be renewed or brought back in future through some other streaming service although there is a huge scope to continue after all Lucy Maud Montgomery’s books follow Anne Shirley into her adulthood. For now, Anne With An E has concluded with 3 seasons and is available on Netflix for streaming.