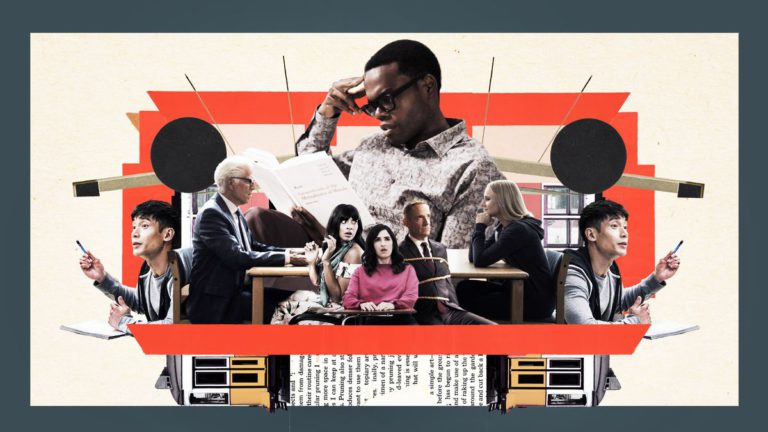 I hope all my readers had a blast this Christmas! To add to your joy, today I’ve brought to you The Good Place Season 4 and all its wonderful details. This holiday season we have a lot to watch, hear and read. Since the pandemic delayed almost every movie, series, and game, it is all coming out at once. Moreover, who does not like a good comedy show? The Good Place is one such amazing Netflix Comedy series that you can binge on if you haven’t watched it yet. And if you have already binged it, look in for some extra details and things you might have overlooked. Well, we have a lot of information and new update about The Good Place Season 4.

Wandering will you get in The Good Place Season 4? Elanor Shellstrop is a dead lady trying to have some fun in her afterlife. Well, that sounds a little weird in the beginning but bear with me, there is more to it. This woman is said that after she died, she ascended into A Good Place. Why? Because she was a good human being and an amazing person when she was alive! It’s that simple. But as the series proceeds with all the episodes we notice that it is all a lie!

Also Read: One Piece Live Action Series On Netflix Finally Has A Confirmed Release Date In 2021. Are You Excited?

Eleanor is basically in the Bad Place! But, she thought she was in a good place, isn’t it? After discovering or realizing this, she finds herself in the midst of people who are to torment her in this bad place. But there is a reason why the series is called The Good Place, right? Michael is the one who welcomed Eleanor in there. Soon after this both of them come to an ultimate conclusion. In this world, we cannot really stamp a person as good or bad. Why? Well, because we all are victims of consequences and sometimes we just do things out of desperation and uncertainty. Do our actions actually define us?

As tormenting as this sounds, you are going to have a lot of fun throughout the series.

What Happens In The Fourth Season Of The Good Place?

Oh, you are up for a lot if you reach Season 4. Now, we know that Eleanor and Michael have this theory or opinion which goes against the laws of how people are allotted into the Good or the Bad Place. So, now they have a chance or opportunity as I must say, to prove this. Their hypothesis must have proof and must be good enough to carry on further.

Basically, the plan was to do an experiment. This experiment will be like code (if you are a coder) or like a stimulated game (if you are a gamer). What they will first show is that a person can b morally better provided the different scenarios o life. Obviously, the environment we live in, the people we mix with, our culture and lifestyle- everything plays a role. Therefore a person is not solely responsible for the things they do, sometimes. It isn’t like, we can blame the surroundings. We must accept that life is unfair.

Now, the friends of Michael and Elanor will be putting up with the experiments that they are conducting. The most important character in this I think is Chidi. He himself wanted his memory erased so that it does not interfere with the conduct of the experiments. Since he is Elanor’s boyfriend, this will play a huge part in contributing people as proofs. Other friends will also go through this so that they can have more solid grounds to prove what they had to say.

We have most people who will obviously return back to the show. Since The Good Place season 4 has just a few important characters, it is impossible to carry on this how without them. Especially Elanor and Michael. So, let us have a look at the different members of the family. Here is the list provided below:

There are some other people involved too, obviously. They are- Jama Williamson, Bambadjan Bamba, Josh Siegal, Brad Morris, Joe Mande, Paul Scheer. These are all the members that you will see on the screen. I hope I did justice to the characters along with the explanation.

Episodes And Extras of The Good Place Season 4

The Good Place Season 4 has a total of 14 episodes. The last episode aired during the early part of the year. That means, it all started in September last year, 2019. And came to an end on January 30th of this year. The last episode being “whenever you’re ready”. Since this is an NBC show, you can just go to the official page to watch it. I have linked the website here already.

The show received a lot of fan following along with some prestigious awards. Michael Schur and Siegal did most of the writing part of the show. This wonderful bunch of episodes with so much drama, laughter,  and upsetting thoughts too, is a top hit! People from all age groups are talking about it. Spend your holidays watching the best TV Shows. Stay tuned to our page for more such content.