Gadgetsblog
HomeHollywoodHundreds of other People could be Implicated’ in Jeffrey Epstein, Ghislaine Maxwell court documents..!!!. Read to know every single detail. 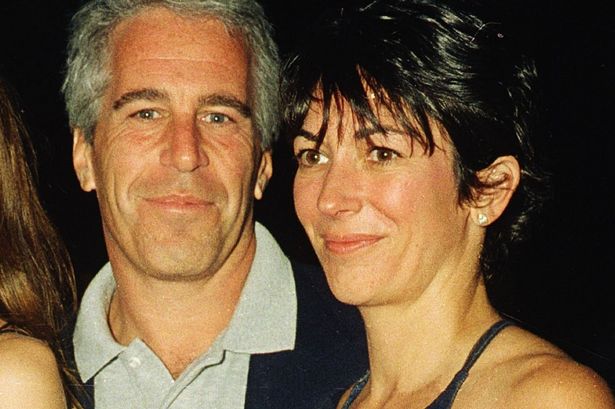 Hundreds of other People could be Implicated’ in Jeffrey Epstein, Ghislaine Maxwell court documents..!!!. Read to know every single detail.

Jeffrey Epstein was all in news, debates,  discussions, and talks. Jeffrey Epstein, who is a financer took his life himself inside the jail. He was accused of child sex. Even after so many hearings, lots of powerful hands, Jeffrey was left with no other option. He took his life inside the Jail in the month of August. Reportedly, a trial on child sex was going to take place. This incident shocked each and every one. Everyone was shocked to hear the death of Jeffrey Epstein. Ghislaine Maxwell was also reportedly involved with Jeffrey Epstein in the crime of child sex. Ghilane Maxwell gave a statement that hundreds of people might be entangled in secret Supreme Court hearing. The case is becoming more complex day by day. It’s very difficult to know who all are the people who were involved with Jeffrey but according to the lawyer, the court will find all those people as soon as possible.

It’s very difficult to know the internal happening in the case. Maxwell’s lawyer accused Jeffrey Epstein to be a sex abuser. The US District judge, Loretta Preska was somewhat disturbed to know the fact that everything happening was not favored by the law. Virginia lodged a complaint against Maxwell many years ago but no decision and punishment has been announced against Maxwell till now. Virginia Giuffre claimed that she was sexually assaulted and abused by several politicians, businessmen, President, and also Prime Minister. But they all were so powerful that nobody dared to any action against them.

Preska was shocked to know all this. She was told that no documents and complaints would be reviewed. She gave some time to the lawyers to go through the unsealed documents and also decide which documents are required to be unsealed at priority. Preska decided to go through Jeffrey’s case and to know about various other girls who were sexually abused. Reportedly, Jeffrey Epstein is very close to Donald Trump and Bill Clinton. According to sources, many powerful people helped Jeffrey to get the girls and satisfy his lust. Many of the documents are unsealed and Giuffre also claimed in those documents that she was forced by Maxwell to have sex with many powerful personalities and Television tycoons. Preska is also thinking to make all the documents public.