AFTER GETTING BANNED ON TWITCH, DR DISRESPECT GAVE A COMEBACK ON YOUTUBE!

Herschel “Guy” Beahm who is also known as Dr. Disrespect has given a comeback on youtube and is streaming with a bang after the announcement on Twitter for the comeback. 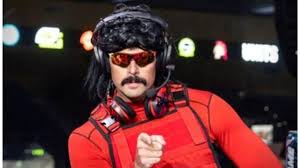 He began his youtube career with a video which telecasted about his ban from Twitch. He expressed the frustration after getting banned but didn’t provide any insight about why he was banned. He mentioned that he didn’t receive any official notice about his ban and the justification is still pending why he was banned. The picture is unclear to him.

His popularity continued in youtube too maintaining the consistency as his stream reached to 510k views. His popularity clearly shifted from Twitch to Youtube without any doubt.

He decided to come on youtube just when other Twitch streamers returned back to Twitch after the shutdown of Microsoft’s mixer. 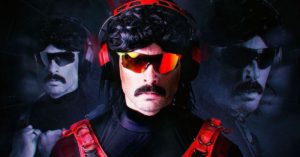 It has been about a month since his account was banned but the controversy regarding it has not left the towns. While the reason behind his ban still remains unclear one fat is for sure- The punishment of getting his account banned is the highest-profile ban in the whole history of Twitch.

Herschel and his steam are waiting for Twitch to disclose the reason behind his ban and also we don’t have a clear picture of what he is heading towards with his youtube channel. He has mentioned his Youtube channel in his twitter but still, there’s no official statement of partnership.

Some sources suggest that famous social media such as Facebook and Youtube never offered Herschel any partnership. The pinned tweet in his account says that he’ll stream on 7th August but 7 August has passed and there’s no news of his streaming.

Let’s see in which direction will Herschel moves in the near future.