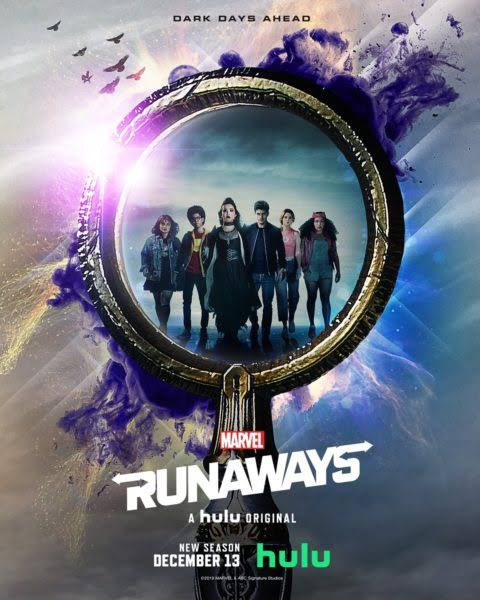 Marvel Runaway Season 4: The reason why Marvel cancelled the new season, critics and view ratings Know more details about it.

On November 18, Hulu announced that Marvel’s Runaways will end after the third season.

Marvel’s Runaways is an American web television series created for Hulu by Josh Schwartz and Stephanie Savage, based on the comics Marvel. Runaway is based on the storyboard for six teenagers on Raheny Feliz, Lyrica Okano, Virginia Gardener, Ariela Barer, Gregg Sulkin, and Allegra Acosta from different backgrounds who unite against their parents, the Pride.

The cast of the Runaways are :

The first season of Marvel Runaway was released from 21 November 2017 to 9 January 2018. A number of 640,000 people watched the first season of Runaways in its first week on Hulu in November 2017. The storyboard was based on six teenagers who were from different backgrounds unite against a common enemy – their criminal parents who collectively run an organization called Pride.

The second season of the Runaways was released on 21 December 2018. This season had a number of 13 episodes. In this season the teenagers are now on the run from their parents, living on their own and figuring out how to stop Pride.

The third season consisting of ten episodes which were released on 13 December 2019. The third season sees Nico Minoru and the other members of the team face off against Morgan le Fay.

For the first season, a number of  640,000 people watched the series while as for the second season 825,000 people tuned in through the first week of the series. It is said that the view for the third season is very less.

The series did not get any popularity among critics and the number of viewers kept on decreasing. That is why the season 4 got canceled due to the ratings were very low.